As the name implies, the Welsh Pony and Welsh Cobs originated in Wales, in the United Kingdom. It is believed that a welsh-type breed existed in the British Isles more than 3,600 years ago and that they are descended from early native horses called Celtic ponies. 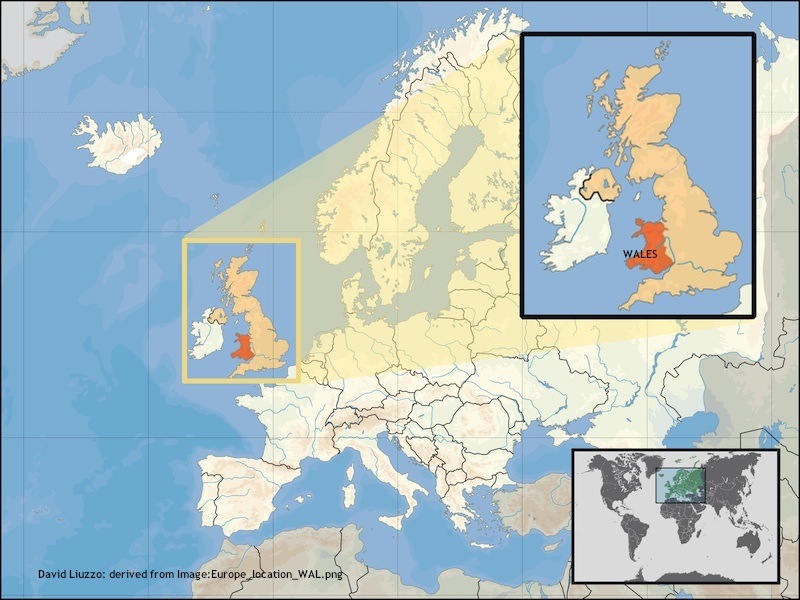 Many believe that the Exmoor pony is the direct descendant of this prehistoric breed. If this is the case, the Exmoor may be the foundation for, or at least influenced, such breeds as the Connemara, Icelandic, Shetland and the Welsh Mountain Pony.

What we do know is that the ancestors of the Welsh Mountain Pony existed in Wales before the arrival of the Roman Empire, about 2000 years ago. We also know, from historical records and artworks, that a Welsh Cob type existed during the Middle Ages (500 to 1500AD) and was extensively used by the military. At some point Arabian bloodlines were introduced into the breed. This may have occurred during the time of the Crusades when knights and soldiers returned to England bringing with them Arabian horses captured on the battlefield.

The Crusades were a series of religiously-sanctioned military campaigns waged by much of Latin Christian Europe. A crusader would, after pronouncing a solemn vow, receive a cross from the hands of the pope or his representative, and was thenceforth considered a "soldier of the Church". Originally, they had the goal of recapturing Jerusalem and the Holy Land from Muslim rule. The specific crusades to restore Christian control of the Holy Land were fought over a period of nearly 200 years, between 1095 and 1291. However, other campaigns in Spain and Eastern Europe continued into the 15th century.

It is believed that the breed that we know today was established by the late 1500s. During this time King Henry VIII of England and Wales issued an order that all stallions under 15 hands and all mares under 13 hands were to be destroyed. He believed that this would improve their horses and particularly their warhorses.

Fortunately, the ponies living in the wild and remote mountains and valleys of Wales escaped this order. During the 1700s and 1800s more Arabian blood was added as well as that of Hackney and also Thoroughbred. Around the same time, the Norfolk Roadster and Yorkshire Coach Horse were added to the Welsh Cobs.

In 1901 English and Welsh breeders established a registry called the Welsh Pony and Cob Society, and the first studbook was published in 1902. Up until 1918 breeding stock was licensed by a test of endurance and speed. The pony or cob had to trot for 35 uphill miles from Cardiff to Dowlais. The best ponies completed this test in under 3 hours without breaking their gait.

To understand what makes the Welsh Pony and Welsh Cob so tough, you just have to look at where they came from:

Wales is a rugged area with a harsh climate, limited shelter and sparse food, where only the strongest and most enduring horses could survive. Throughout their history these horses were known for their speed, jumping, swimming and carrying capacity. Before draft horses were introduced, Welsh ponies and cobs were used for farm work and hauling timber as well as riding and driving. When coal mining became important, many Welsh ponies were harnessed to the coal trucks and were used extensively above and below ground.

One of the breed’s most influential stallions was Dyoll Starlight, who is credited with being the foundation sire of the modern breed. This particular stallion had Welsh and Arabian breeding as did many other sires.

For registration and showing purposes, the Welsh breed is divided into four categories. The following description is based on the UK standard and may vary in different countries. The USA certainly has different height standards in Section B ponies, so if in doubt, check with the breed Society in your country.

Welsh Mountain Pony (Section A). May not exceed 12 hands. They are often used in harness and as a leading rein mount for a very young child.

Welsh Pony of Riding Type (Section B). This is a larger pony for riding. It combines the hardiness and substance of Section A with more refinement, elegance and athletic ability. Section B ponies must not exceed 13.2 hands but they have no minimum height. They should have a free flowing movement, muscular neck, their neck should arch from the withers to the poll and have a deep wide chest. They are commonly used as a child’s pony and compete in hacking events, hunter classes, jumping and sporting.

Both Section A and Section B are more refined than Section C and Section D.Their head is small with a broad forehead and large eyes. Their highset tail and dished profile come from the Arabian bloodlines.

Welsh Pony of Cob Type (Section C). These ponies may not exceed 13.2 hands and are known for their strength and gentle nature. This type is heavier and more compact than the Section B with some feathering on the legs. The Section C was initially bred by crossing Section A ponies with Section D cobs. Today most of these ponies are bred by crossing a Section C with another Section C. They are mostly used for jumping and in harness and are particularly good at competitive driving.

Welsh Cob (Section D). These are the largest of the Welsh types. They must exceed 13.2 hands and have no upper height limit. Although they are the tallest and stockiest of the Welsh sections, they still exhibit many of the original pony traits: small head, large eyes, neat ears and relatively short legs (more like a pony’s proportions). Like the Section C, they are powerful with an extravagant action. They are mostly used in harness and competitive driving as well as over fences as hunters and jumpers.

Watch some Welsh Ponies in Action