Disclaimer: The following is only general information. If you believe that your horse has a problem please call your veterinarian as soon as possible.

To understand laminitis you will need to understand how a horse’s hoof is constructed and how it works. (Go to ‘Hoof care’ for a more complete description.) 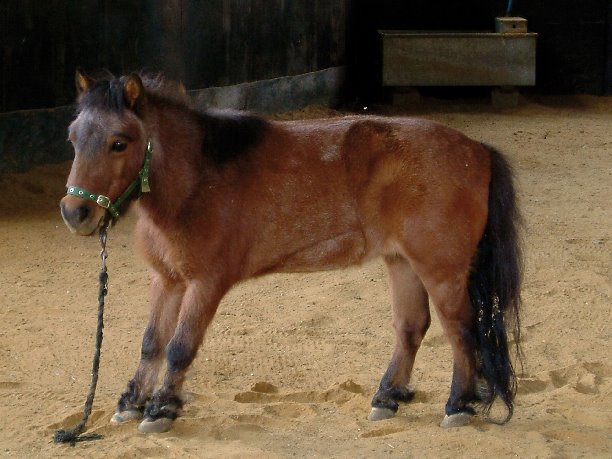 The way the pony in the picture above is standing is typical of a horse in pain because of laminitis – stretching its legs out in front to take weight off its painful hooves. 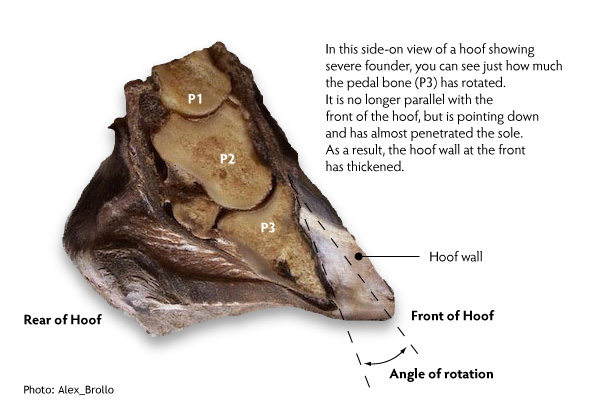 Not all laminitis attacks will result in founder however all cases of founder start with laminitis.

As the name implies, Laminitis involves the laminae, which is responsible for attaching P3 (also called the coffin bone or pedal bone) to the hoof wall and absorbing the impact when a horse is moving. Laminitis is when this structure breaks down and P3 is no longer attached as securely to the hoof wall as it would be in a healthy hoof.

Laminitis can be caused by either a systemic or mechanical problem and may occur in one hoof, two front hooves or all four hooves at the same time.

A systemic problem just means that the cause of the laminitis is a bio-chemical problem within the horse that can lead to poor blood flow to the hoof resulting in destruction of the laminae. The causes could include such things as:

• Carbohydrate overload. This occurs if a horse is given excessive quantities of grain or grass that is high in carbohydrates. (See section on ‘Digestion’) Lush spring grass is high in fructans (sugar found in vegetation) also grass that is under stress conditions, such as frost or drought, can have elevated levels of fructans. 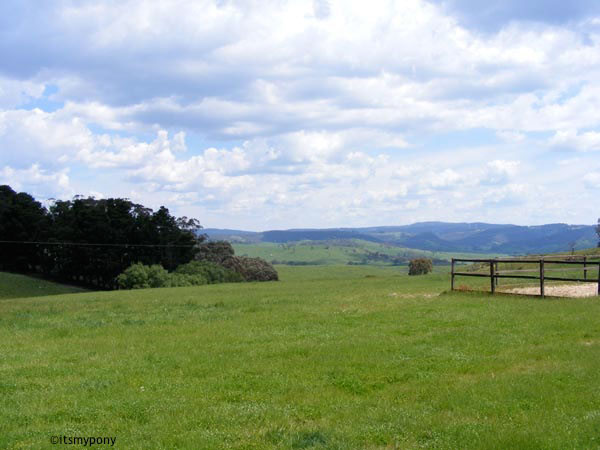 • Nitrogen compound overload. Excessive build up of nitrogen in lush spring grass, use of artificial nitrogen-rich fertilizer or allowing clover to dominate a pasture can lead to liver disturbance and toxic imbalance.

• Colic. A serious colic attack (see ‘Colic’ for more detail) may release endocrine toxins into the blood stream. The endocrine system in mammals is a series of glands that secrete hormones (chemicals) that regulate all the body’s functions. Both cortisol and adrenalin, produced in the adrenal gland, can reach toxic levels when an animal is in great pain and/or extreme stress.

• Insulin resistance. Some horses become insulin resistant (insulin is produced by the pancreas). This means they will develop laminitis from even the smallest quantities of grain or ‘high-sugar’ grass. One of these causes is ‘Equine Metabolic Syndrome’ (EMS) and key indicators are: they become obese easily, develop unusual fat deposits on their neck, shoulders, loins, above their eyes and tail. Ponies and other breeds that have evolved in very harsh environments are particularly susceptible to insulin resistance.

Mechanical problems that can lead to laminitis can be caused by:

• Long toes. If we allow a horse to grow long toes and work them on hard ground such as a road, every time the horse’s hoof breaks over it will pull the wall away from the laminae. Over time this may lead to a break down in the attachment of the coffin bone (P3) and result in laminitis. This type of laminitis has commonly been known as ‘road founder’. The best solution is to make sure you have a good farrier and that he makes regular visits (at least every six weeks without fail) and that he knows what sort of work the horse is doing.

• Poor blood circulation. Horses who are kept confined in a stable without the ability to move around, as well as horses with a leg or hoof injury that makes them put too much weight on their other hoof, will have poor blood flow through their hoof. This can result in laminitis.

• Transport laminitis. Again this can result from horses being confined in trailers for very long periods.

Sometimes the signs that a horse is having an attack of laminitis can be difficult to indentify. They can include;

• increased temperature
• pounding pulse in the artery that runs down the outside and inside of the pastern
• anxiety
• trembling
• increased heart rate and breathing as well as elevated temperature
• sweating
• flared nostrils
• will not want to walk, shortened gait
• easing the affected hoof off the ground
• will adopt a ‘rocking horse’ or ‘founder stance’ – if the laminitis is in the front hooves the horse will put his hind legs further underneath him to take more of his weight and point his front legs foreward.
• tendency to lie down

If your horse shows any of these symptoms CALL THE VET IMMEDIATELY!!!

While you are waiting do not move the horse unnecessarily but get him into a yard or stable with soft ground (shavings or sawdust). 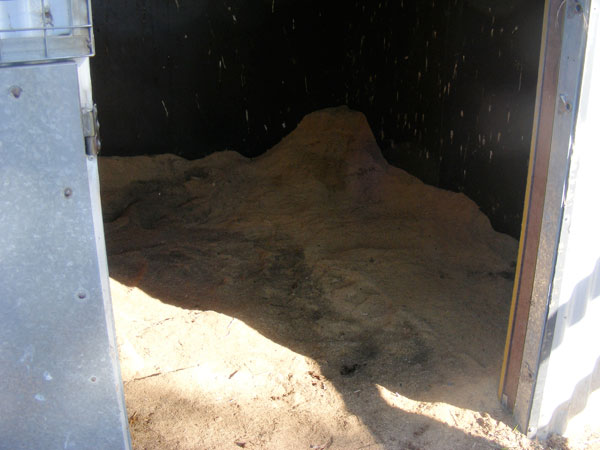 Cool the affected hooves by putting each in a bucket of cold or iced water. Now wait for the vet and keep your horse calm.

Remember, the faster you act the more chance you have of stopping or minimising rotation and sinking of the coffin bone.

If rotation and sinking have already occurred you will need to speak to your vet about how to manage your horse in the future. You will also need a very skilled farrier to develop a trimming programme and possibly orthotic devices.

The above information is only general in nature. If you believe that your horse has a problem, please call your veterinarian as soon as possible.

Not all laminitis attacks will result in founder, however all cases of founder start with laminitis. Learn how to recognise the early signs and what you can do to prevent it…