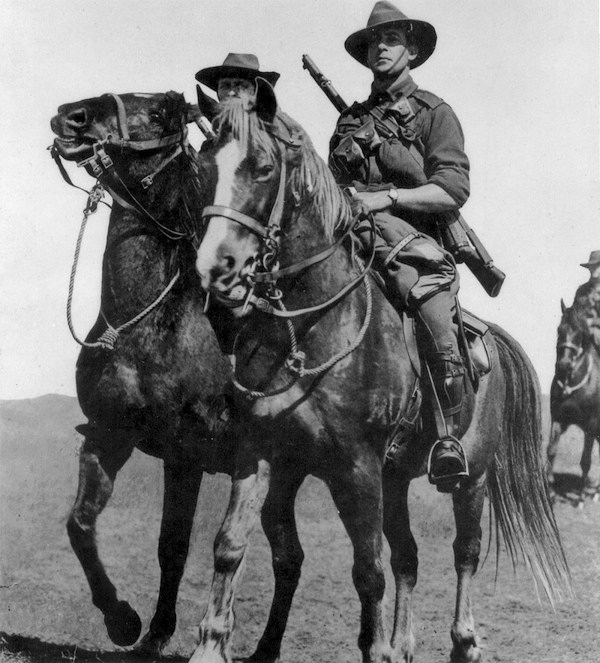 Contrary to what the name suggests, horses are not native to Australia. The Australian Stock Horse was a breed that came about after years of environmental and human selection.

The breeds’ foundations were amongst the first horses to arrive on Australia’s shores in 1788 (with the First Fleet). Among this foundation stock were Arabian, Barb, Thoroughbred and Iberian horses along with Welsh and Timor ponies. All horses imported by the early settlers had to have unbelievable strength and stamina - not only to survive the long and arduous 3 month journey at sea, but also to thrive in the foreign, untamed environment of Australia.

Some of the foundations of the Stock Horse:

By the early 1800s the strain that had developed was a hardy, stocky horse. It was around this time that the pastime of racing became very popular amongst settlers. As a result, many horse breeders began to infuse a larger amount of Thoroughbred into their herds. The use of Thoroughbred stallions over the condition-hardened local mares produced a tough but elegant horse with a good length of leg which can still be seen within the breed today. 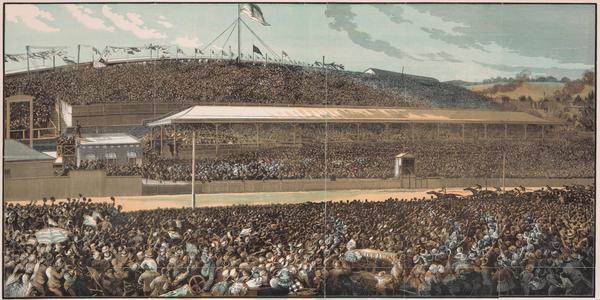 Australia’s most famous horse race, the Melbourne Cup, in 1881

The Australian Stock Horse (ASH) had to be strong, smart and quick as they were used for land clearing, ploughing, stock work and exploration in the mountainous Great Dividing Range. Explorers, stockmen, settlers, bushrangers and troopers all relied on horses that could travel long distances, day after day. Blaxland, Lawson and Wentworth relied heavily on their horses in 1813 when they crossed the Blue Mountains for the first time. The colonization and early agriculture in Australia would not have been possible without this versatile horse.

It was these qualities that made the ASH the most decorated cavalry horses during the Indian Mutiny, the Boer War and World War 1. Around 160,000 Australian horses served in World War 1 and their performance was unmatched.

At times these horses would go without water for three days at a time, traveling up to 17Okm in 24hrs on limited rations. As these horses all came from New South Wales, the British dubbed them the ‘Waler’. The Waler was considered to be the finest cavalry horse in the world, winning International acclaim for its endurance, reliability and hardiness.

Although none of these Walers were to return home, their absence from the gene pool did not affect the horse population in Australia. By 1906 Australia had 1,765,186 horses and in 1918 when the human census was 5,030,479 there were 2,527,149 horses. As a result of these large numbers of horses, it was deemed necessary to develop a breed society or studbook to retain the genetic merit of the Australian Stock Horse. 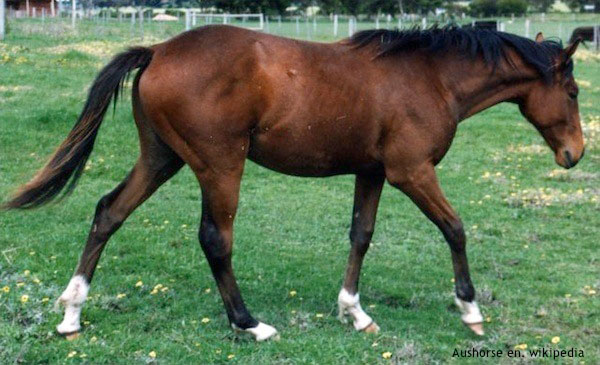 In June 1971, the Australian Stock Horse Society was formed in Tamworth and it was decided, that to gain registration each horse had to be approved based on conformation and type, breeding and ability. The following Standard of Excellence is based on the original 1971 ASHS description of 'The Australian Stock Horse' (illustration on right by Deidre Hunt, used with permission of the ASHS).

A good length of rein, well set into the shoulder.

Sloping shoulder, not too heavily muscled, a well-defined wither slightly higher than the croup.

Deep chest, not too wide in proportion, but showing plenty of heart room.

Ribs well sprung and back strong and of medium length in proportion.

Hindquarters strong, rounded and well muscled, nicely sloping to give a full line from croup to hock. Hocks broad, flat and clean, the cannon relatively short with well-defined tendons. The hind legs well under when standing.

The hooves hard and in proportion to the size of the horse, with a wide heel and feet straight.

The whole of these component parts to be in balance according to the size.

Preferred heights between 14 and 16 hands.

However, the most notable success of this horse can be witnessed in Campdrafting, the ultimate test of speed, intelligence, agility and cattle sense. This innate stock sense makes them the number one choice for station work, being used for droving, mustering, camp work and cutting.

Australia’s close affiliation with the horse resulted in its presence throughout Australian folklore. Stories such as ‘The Man from Snowy River’ and ‘Clancy of the Overflow’ depict the character of these pioneers and their horses.

And who could forget the spectacular opening ceremony of the Sydney Olympic Games when a long line of 120 Australian Stock Horses thundered down the main arena and peeled off to form the Olympic Rings?

Take a look at these videos featuring the Australian Stockhorse in action (make sure you look at the last one which is a moving tribute to the WWI horses.