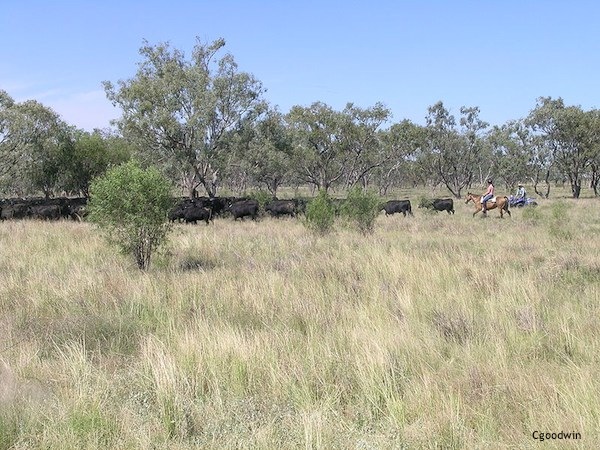 Droving is an Australian term, which means to move cattle or sheep (on the hoof) long distances. The settlement of rural Australia during the 1800s would not have happened without the skills of the Stockman, Overlander and Drover.

The main reasons for droving large herds included taking animals to market, moving herds to other properties, and searching for feed and water in times of drought. Traditionally droving was performed by experienced contractors (self-employed workers), these men had to be hard, strong individuals that were highly skilled in stockwork using both horses and dogs. The ‘boss’ Drover ran the ‘Plant’ (horses, dogs, cooking gear and other supplies and equipment) and was contracted to move the ‘mob’ (herd) at a predetermined rate, according to the conditions. The priorities for a boss Drover were firstly the livestock, then the horses, and finally the men, as Drovers were paid per head of stock delivered.

Drovers were sometimes on the road for as long as two years. The stockmen who covered very long distances to open up new country were known as ‘Overlanders’.

These long distance droves would have been impossible without a team of good horses. Each plant would hold workhorses (four or five per man), packhorses and night horses.

The standard team employed to move 1200 cattle consisted of seven men: the boss Drover, four stockmen, a cook and a horse-tailer. Store cattle were moved in larger mobs, of up to 1500 head, while fat bullocks going to meatworks were taken in mobs of about 650 head (enough to fill three train loads). The stockmen would ride in formation at the front, sides and back of the mob, until they had settled into a routine pace. Cattle were expected to cover around 16km/day (about ten miles) whilst sheep were expected to clear 10km/day (over six miles); the mob was permitted to spread up to 800 meters (about 875 yards) on either side of the road. A ‘short camp’ was made for a lunch break, after which the cook and horse-tailer moved ahead to set up the ‘night camp’.

A good ‘night-horse’ was highly prized for its night vision, temperament, and its ability to bring animals under control when a ‘rush’ (stampede), occurred at night. A continual watch would be kept over the cattle during the night camp, usually with one horseman riding around the mob, two if the cattle were restless. The most dreaded event for any drover, other than long stretches without water, was a night rush. A rush could be started by any sudden noise such as a dingo howl, a bolt of lightening, sparks from a fire, or even a bush rat gnawing on a tender part of a hoof!

Drovers tell vivid stories of the calamity caused by several hundred station cattle rushing at night. The real danger is when the rush is directed towards camp. Many Drovers have been trampled to death while they slept in their swags (bed roll). Once a rush has started the only thing that could bring the cattle around and stop major losses (injured and dead stock) was a good night-horse. A night-horse could be given its head, and would gradually wheel the leading cattle around until the mob was moving in a circle, when calm could be restored.

The other major concern for the Drover was a long dry stretch. During long ‘dry stages’ extra care had to be taken with stock. Sometimes this involved droving through the night to conserve energy.  Great care had to be taken prior to reaching water. About three kilometres before water was reached, the mob had to be stopped and small groups cut out and driven separately to the water source. If this did not occur the whole mob would rush in, trampling, crushing or drowning the beasts at the front to get to the water. 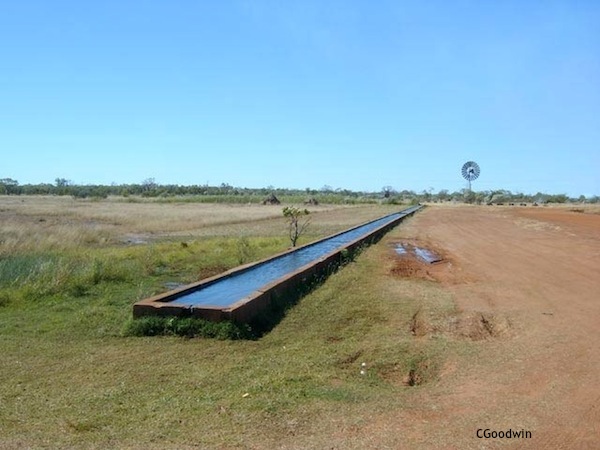 The gradual introduction of railways from about the 1860s made some droving work unnecessary. However, it wasn’t until the 1960s that the work of the overlanders and drovers, quickly declined as trucking of animals became the norm. 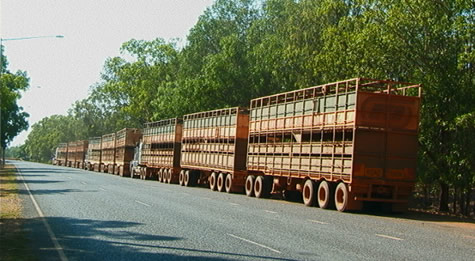 Road trains carrying large number of animals are today a common sight in rural and Outback areas. However, during times of drought, pushing stock through the ‘long paddock’, is common practice even today, so droving skills are still required. The ‘long paddock’ is the official ‘Travelling Stock Routes’ either side of a road. These routes can be identified by a wider than normal distance between the road edge and the paddock fences.  Fodder is often still rich along these roadsides in times of drought due to lack of grazing.

The modern Drover is now assisted with modern equipment such as motorcycles, all-terrain vehicles, and a truck and/or trailer for the horses, if they are used. Caravans are commonly used, along with generators to provide extra comfort and convenience. Stock may be enclosed at night in an area that has been fenced off with a temporary electric fence.

Today some of the most iconic droves are entrenched in Australia’s history and folklore.

Harry Redford established a reputation as an accomplished Drover when he stole 1000 cattle from Bowen Downs Station near Longreach in Queensland in 1870 and drove them through very difficult country into South Australia, along a route now known as the Strzelecki Track.

It is now well recognized that women make exceptional Drovers, due to their natural ability with stock. One of the true legends of the outback was Edna Zigenbine, better known as Edna Jessop, who took over a droving job from her injured father, and became a boss Drover at 23. Along with her brother Andy and four ‘Ringers’ (experts at working cattle from a horse), they moved the 1550 bullocks the 2240 km (1390 miles) across the Barkly Tableland to Dajarra, near Mount Isa, Queensland.

Along with these real historical figures, the Drover has also held a place in Australian popular culture in poems like ‘Clancy of the Overflow’, by Banjo Paterson and movies such as ‘The Overlanders’ and ‘Australia’.

As the stock are slowly stringing, Clancy rides behind them singing,
For the drover’s life has pleasures that the townsfolk never know.

This romantic view of the drover’s life in ‘Clancy of the Overflow’ was balanced with the hardship described in another of Banjo Paterson’s poems, ‘Saltbush Bill’:

Now this is the law of the Overland that all in the west obey,
A man must cover with travelling sheep a six-mile stage a day;
But this is the law which the drovers make, right easily understood,
They travel their stage where the grass is bad, and they camp where the grass is good;
They camp and they ravage the squatter’s grass till never a blade remains,
Then they drift away as the white clouds drift on the edge of the saltbush plains.

This sounds a bit closer to the Drover’s reality on the western stock routes, where it was a constant battle with the heat, the stock, lack of water, the squatters (farmers) and the laws of the Long Paddock.

Today the memory of droving is kept alive with adventure tourism events such as the ‘Great Australian Outback Cattle Drive’, held in South Australia, every year. Similar events are held around the world such as the ‘Alberta Canada Cattle Drive’ and the ‘Cowboy Cattle Drive’ in the USA. (See the videos on the right.)

Wherever there is stock and big open spaces you will find a tradition of long-distance droving. The names may be different, such as cowboy, charro, vaquero, gaucho or veeboer, but the skills, character and experiences would have similarities in all countries.

Wherever there is stock and big open spaces you will find a tradition of long-distance droving.