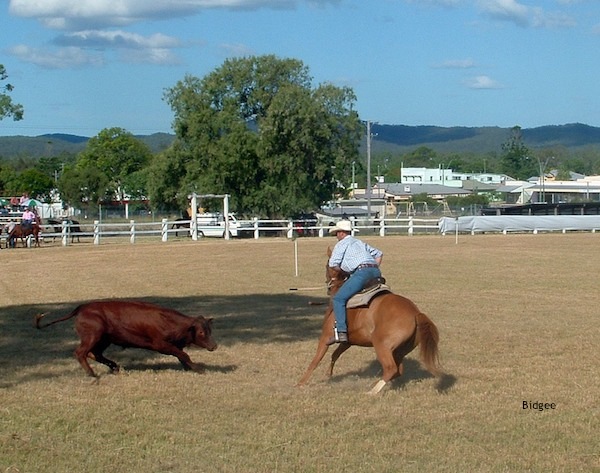 Campdrafting has its origins with the pioneering stockmen of the Australian bush. It is believed to have begun in outback Queensland, with stockmen having informal competitions for entertainment.

As with American rodeo events, such as cutting, working cow horse and team penning it is obvious that all these events, including Campdrafting, are based on the skills required to work with cattle. The only difference between the Australian stockmen’s experience and their American, Canadian, Spanish, Mexican or Argentinian equivalents, is the vaster distances, difficult terrain and harsher climate. 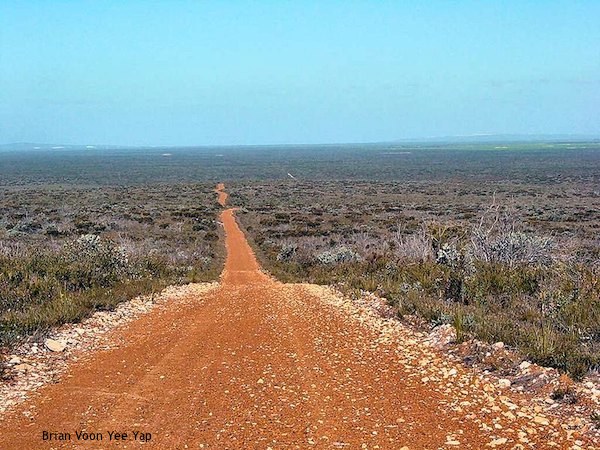 Australian cattle stations can be huge, with Anna Creek Station in South Australia, covering 24,000 sq km (6,000,000 acres), which is bigger than Israel! It is eight time larger than King Ranch in Texas (USA).

When droving or mustering thousands of head of cattle on the open plains of the Australian outback, the stockmen would need to ‘cut out’ a beast from the mob (herd). The beast may need to be castrated or branded, so to remove it the stockman had to block it from returning to the herd. The beast could then be moved to a holding yard or thrown to the ground where the procedure was performed. The beast was castrated with a small knife, or branded/identified using a branding iron, ear marking or ear tag.

All the components of a Campdraft have their foundations in this cattle handling. The men that excelled at stockwork, in the harsh Australian conditions, now hold a place in folklore and art.

Poets Henry Lawson and Banjo Patterson have written ballads which embody the strength and skill that were required to work stock in the outback.

The sport of Campdrafting was eventually developed as a way of proving the skills of the horse and rider. This earned them respect amongst their peers, as well as increasing the value of their horse.

The first formal Campdrafting competition was held at the Tenterfield Show in 1885. Competing at this event was Clarence Smith, a cattleman and horse breeder. Clarence Smith went on to create the rules and judging procedures for the sport, which haven’t changed much over time. 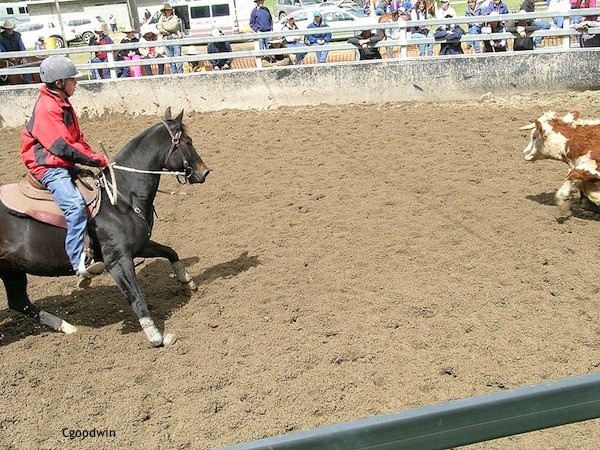 In a Campdrafting competition, a mounted rider moves into a small yard and selects one beast from a small mob of cattle. He or she then proceeds to move the beast towards the camp opening, which is blocked by either men on horses or two gates with men holding them shut. The mounted rider blocks and turns the beast several times across the face of the camp to demonstrate the horses ability to hold the beast away from the mob. When the rider feels that they have shown the judge enough he or she calls for the gates to be opened and they move out into a larger arena to complete the course (the run).

The course consists of two pegs set apart, one on the left and one on the right directly out from the camp gate. Some distance from these pegs are another two pegs that are set close together and represent the gate. The judge declares at the beginning of competition whether the course is left hand or right hand. If the course is right hand the rider must complete a circle around the right hand peg first, then changeover in the middle and complete a circle around the left hand peg. The rider then drives the beast out behind the gate and pushes it through the gap. At this point, the rider has finished the ‘run’, which must be completed in 40 seconds.

The score is out of 100 points. The ‘camp’ section is worth a maximum 26 points, the ‘run’ a maximum of four points and a further possible 70 points for ‘horsework’. A good Campdrafter is not just a fine horseman, but also has the skill to select a suitable beast, from the mob (herd), that will run well.

History of the Sport

All competitors in Australia ride under the National Campdrafting Council of Australia (NCCA) rules.

Even in times of drought and hardship these competitions are still held and can offer important relief to rural communities. The Equine Influenza (EI) outbreak in Australia during 2007 and 2008 saw many horse events cancelled including Campdrafting. During this time some shows ran small Campdraft events using motorcycles instead of horses.

The prestige associated with a win in a large Campdrafting competition is invaluable to the owner of the horse. Not only do some of the richest drafts carry substantial prize money, the winning horse is ranked amongst the finest stock horses in the country. The owners of the top horses are able to charge large service fees in the following stud season. An important win can increase the bloodline’s worth by tens of thousands of dollars, which can provide a secure income for a landholder in times of hardship.

One famous horse in Campdraft history was Radium, an outstanding Australian-bred stock horse and a very influential ancestor of Australian Stock Horse Society breed registry. Radium’s sire, Cecil, was so successful that in 1913, his owner, Arch Simpson was asked to leave his champion horse at home so that other competitors had a chance of winning the Campdrafting event at Geary’s Flat Bushman’s Carnival. 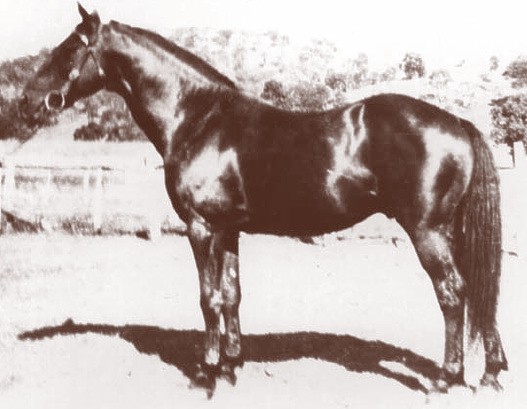 Radium’s owner, Donald Beaton often drove long distances to compete at bushman’s carnivals with Radium tied behind the buggy. Radium would then compete in the Campdraft, often winning, and if he was going well he would round off his success with an exhibition of Campdrafting without a bridle.

In 1928, Radium was sold to Herb O’Neil, who had ridden the horse in competitions for Beaton, when he had been unable to get away from his property. Herb O’Neil competed extensively with Radium, winning over a large area of the state. Just prior to the Second World War (WWII), Radium won a Championship Campdraft at Kempsey, New South Wales with the next ten placings going to Radium’s sons and daughters. During WWII, at a Dungog Bushman’s Carnival over 20 horses were competing in the led stock horse class. In this event Radium received the first placing with the remaining four places going to his sons.

Radium stood at stud on ‘Kunderang Station’ (now part of Oxley Wild Rivers National Park) for much of his life and had at least thirteen of his sons appear in Australian Stock Horse pedigrees. Quite a few horses had a double cross or were line-bred to this great foundation sire.

His son, Chan was one of the smartest horses seen in a cattle ‘camp’ and was a good sire. Another son, Dimray foaled in 1938 was a brilliant Campdrafter and when he retired to stud, he carried on the Radium tradition of producing top stock horses and Campdrafters. It was as a sire that Dimray had a tremendous influence with his son Reality, his grandson Rivoli Ray and his great grandson, Cecil Bruce all being included in the Australian Stock Horse Hall of Fame.

Take a look at some of the Campdrafting events held around Australia.